Over the last six months, Elcora has worked on developing the processes and equipment to produce high quality anode powder for lithium ion battery anodes. This has been the subject of a number of Elcora news releases over the last few months. We have endeavored to compare our product with industry leading products at each stage of production to assess the performance of our products.

In the first stage, Elcora developed the capability of reducing the particle size of the source graphite to that required by the spheronization process. Currently, this proprietary process has been tested on the graphite coming from our Sri Lankan mine and two other graphite sources with which Elcora has long term supply contracts in place. As of today, these test results refer only to the Elcora Sri Lankan graphite as test work is on-going on the other sources. An example of the Elcora graphite used for spheronization is shown in Figure 1.

In the second stage, the company optimized these processes in order to produce graphite with the characteristics sought by the graphite industry in terms of tap density, BET surface area and grade. These results have, also, previously, been announced. Shown in Table 1 is the most recent data, the range at which Elcora has produced. 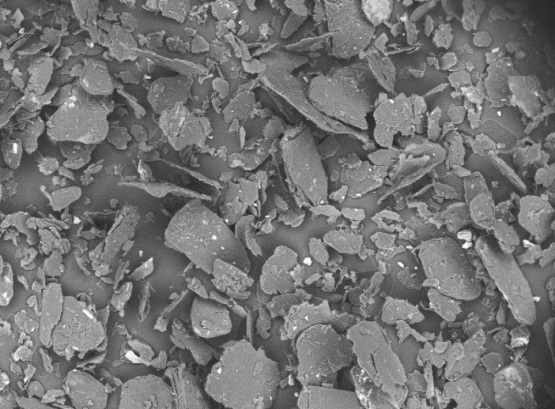 An electron microscope picture of the resulting spheronized graphite is shown in Figure 3. 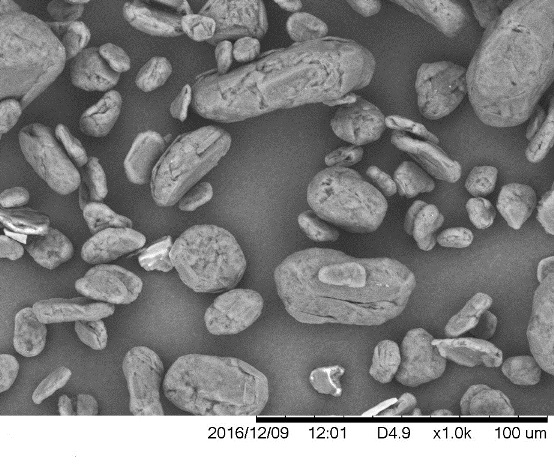 Stage three was the eChemistry, or the ability of the graphite to absorb and release lithium ions as summarized in Figure 2. The results of 20 cycle tests are shown in and illustrated in Figure 3. 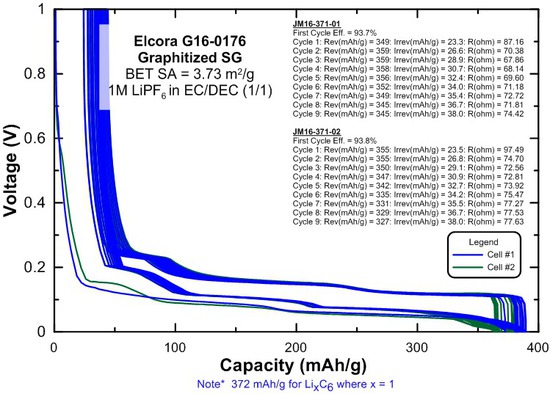 Final stage, completed to date, was the fabrication and testing of standard 2.2 mAh 16850 batteries and High Precision Coulometry (HPC). A formulation for graphite slurry was determined and anodes made. Pictures of the graphite slurry with binders and stabilizers are shown in Figure 5. 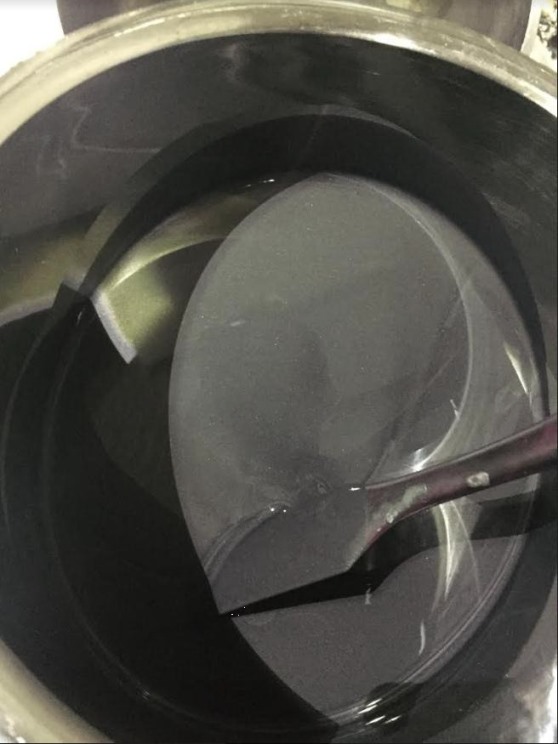 These tests are used to characterize long term performance of batteries using short term experiments. The efficiency represents reactions within the cell that slowly lower the capacity. Thus, the efficiency should be as high as possible. When a cell is new a solid electrolyte layer forms which cause inefficiencies. With time this formation slows resulting in a tapered curve that eventually forms a horizontal line. This can be seen in Elcora’s results (Figure 6) where the eventual horizontal line lies close to 0.998.

The results of these tests compare favorably to tests on industry leading batteries currently used in electric vehicles that show a coulombic efficiency of close to 0.998 as shown in Focus at this point has been on the anodes as this is the Elcora material. These results, without optimizing the cathode, electrolyte and separators show that the Elcora anodes can produce cells that are at least equivalent to the industry leading batteries. The next set of battery tests will compare Elcora anode graphite in cells that are optimized for the other battery components. 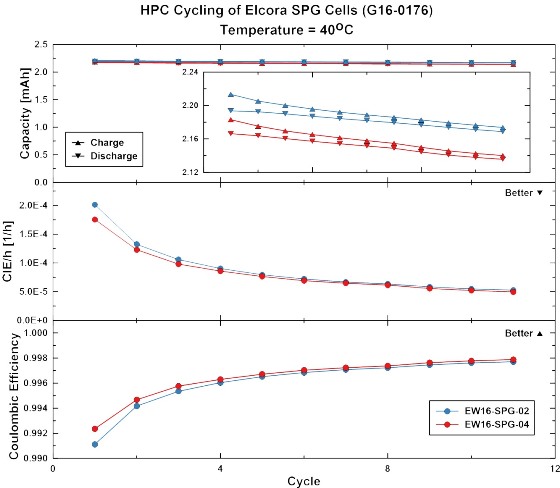 Figure 7: Coulombic efficiency of current batteries used in electric vehicles after asymptote has been reached.

We're not around right now. But you can send us an email and we'll get back to you, asap.